The Fraternal Bond After Graduation 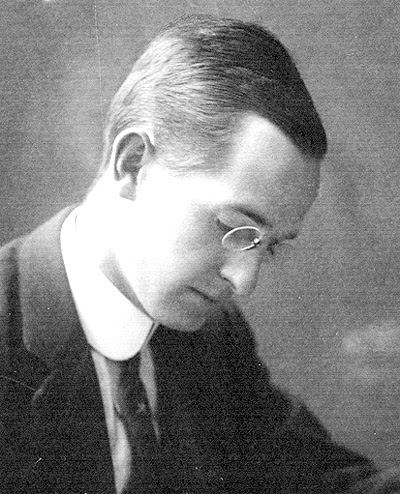 Your letter received. As to dope for the actives, I know of none in particular at this time. I just wrote them a letter a few hours ago telling them that I expect to be present at the initiation banquet and the corporation meeting next Saturday.

Incidently [sic] I might mention that I have sent you several stacks of chapter publications and they all came back, it seems, and the envelope so marked as to tell me that you were no longer in Toronto and so I stopped sending them to you. Are you still interested in them, if so I will send on a stack of them.

I might say something about these chapter publications. Should the fellows feel inclined to print it in their coming issue that is up to the Chief Censor to pass upon. As I used to be on a publication board many years ago, we had a group picture taken, and the various department managers were grouped about with some surroundings significant of their duties that they had to perform. The managing editor was seated at a table with galley of proof and a pair of 14 inch shears in one hand ready to do his “dirty work” on what might have proven to be valuable done at least so considered by its contributor.

I have been reading every chapter publication with keenest of interest, perhaps more so than some of the alumni of some of the chapters with whom I am so fortunate as to be acquainted with. Realizing how some soon forget the privilege to belong to our fraternity, they seem to be regular has beens, and when approached upon fraternity subjects are indifferent, passing the remark that, since they are out of college they have lost interest. In deed some would not have to make that remark for it is really apparent. I stated sometime ago at one of the chapter meetings that since the war fraternal orders, not of the collegiate type, are being literally swamped with applications for membership, manifesting a revival of the spirit of brotherhood. I have also noticed that in business men often relish the fact that so and so was a fraternity brother, or belonged to the same organization, or they boasted of their close relationship,. If years of membership marks a particular characteristic or distinct advantage then there is no organization, so firm and so young in character to which it is one’s good fortune to belong, than the college fraternity is indeed the leader of them all.

With our new system of Alumni Chapters we are offering something that can not be duplicated anywhere, and therefore it is really a matter seriously to be considered by all good members of Lambda Chi Alpha.

With our growth, the day is not far distant when we will boast of 10,000 members, of these we have now nearly 5,000 and they are scattered all over the Earth. It means that we have brothers who have passed through the same ceremony of membership, and have one common ideal. Why should we discard our purposes in college when we become men of the world? There are no arguments to substantiate that act, but to the contrary, every point favoring the spirit at its heighth. [sic]

These chapter publications are not alone propaganda for alumni to remit money for this or that, but to keep the embers of college day fraternity life, glowing in our minds. For some this is not necessary, but for a good many it is a requirement. For Omicron it has done a world of good. Take the matter of the house proposition, who would have though[t] in 1908 yes even in 1912 that we would attempt even owning a window shade let alone a real home we could call our own. Today we have reached the point where we have really outgrown 614 Stewart Ave and are seeking another dwelling place for us old timers to hand our hats when we come back. Is there a member of Omicron, who would consider himself a good Cornellian that would stop for a moment and consider this one fact, supposing he were not a member of Lambda Chi Alpha or any other fraternity at Cornell, and had appeals from his class secretary or the university to come back from time to time to visit the University, that would do so with as much desire if it were not for the fact that he had a home to go to? He has contributed to make this a possibility, to give to those of our fellow members that which we did not have in our time. Take this fact into consideration, we of the earlier days when there were but seven of us on the start, we had no home, just our rooms to meet in, no inducements for others to join us, and to day contributing in some form or other, why should we do it, we don't receive any direct benefits. That would be the selfish way to think of it. We want to see that the fellows now and in the time to come, to enjoy that which we did not have, and finally to have a place that always means a place to hang up our hats, get out our old pipes and be boys once more.

Many men have many opinions, each thinks he has the right clue to success, but few have as good an argument as the one who believes that we as human beings for the future betterment of mankind must be firm believers in true Christian Brotherhood, and that is one of my own reasons for being actively interested in the welfare of Lambda Chi Alpha. It fills one of the demands upon us to bring about the greatest need in humanity.

Robbie, I guess I have done enough damage for one day along this line so, here goes the curtain. With best regards, Hoping to see you at some future time at the House, I remain,